Apache Kafka is the stream processing software. By using apache kafka you can build the streaming applications. Students or developers who are waiting for the best apache kafka online courses then this is right place to do the course. From this apache kafka course students will understand the topics like apache kafka ecosystem, operations, how to create the consumers and producers in java to interact with the kafka, advanced and basic features for maximising the messaging from different sources, components of kafka, different tools (kafka manager, zoo navigator, confluent schema registry etc.), configuration and construction of kafka consumer, basics of apache zookeeper, differences between the other stream processing libraries and kafka streams and so on. Our experts of panel has been selected some best apache kafka online course for you that which are listed below.

The Apache Kafka certification online course is offered by edureka. Students will understand the concepts like kafka cluster architecture, kafka architecture, kafka producer and consumer and kafka monitoring. You will also understand the kafka stream APIs, twitter streaming with the kafka and kafka with the spark, storm and hadoop. You will gain more knowledge on kafka stream API and kafka cluster. Instructors will explain the components of kafka, setting the kafka with the yarn and hadoop cluster, advanced and basic features for maximising the messaging from different sources, uses of kafka for consuming and producing the messages etc. you people can able to integrate the kafka with the real time streaming systems.

People who wants to understand more about the kafka, then you should take this Apache Kafka online course. Students will learn that how to setup the kafka cluster and zookeeper cluster on the machines of AWS. Stephen Maarek is created this Apache kafka online course. Students will learn the process of deploying the kafka in the production and also learn about the cluster architecture in the AWS. you people will understand that how to setup the web administration tools by utilizing the docker and know how to configure the kafka cluster by using the production settings. Instructor will explain that how to solve the kafka broker problems.

User Rating: Be the first one!
SaveSavedRemoved 0 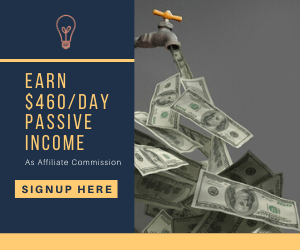